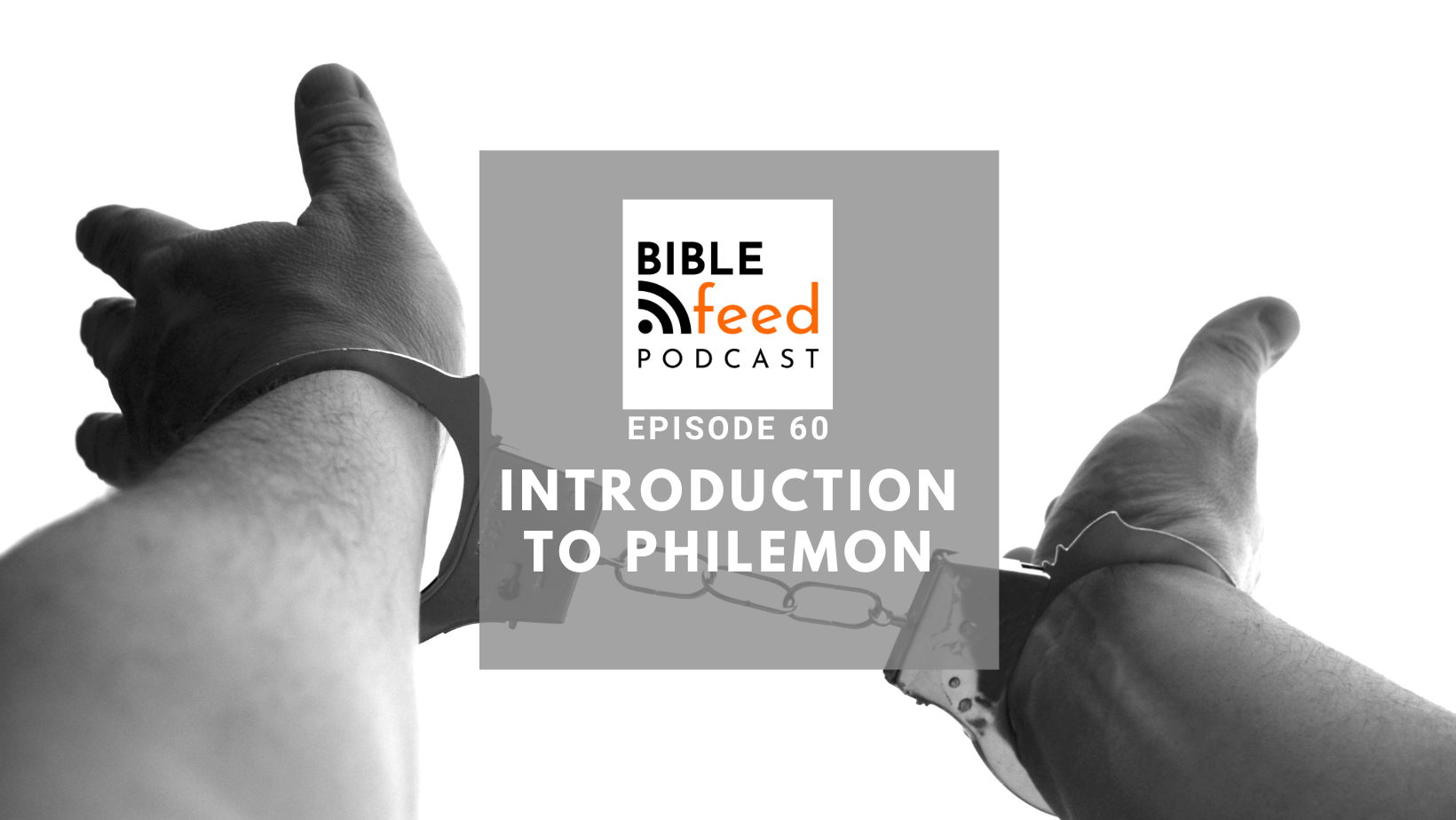 For the next of our Bible book introductions, Paul and Laurence take a look at the smallest of Paul’s letters, his letter to Philemon.  After clearing up the centuries old debate about how to pronounce his name, they proceed to explore why a personal letter about fixing a very personal relationship should be included in the scriptures.  They find that it is, in fact, an incredibly revealing case study into how being a Christian should change the way we view society and people around us.

The first of our New Testament book introductions, Laurence and Paul begin by placing the letter to Philemon into its context and setting within the Bible. It’s a very short book, hidden away towards the end of the collection of letters that the apostle Paul wrote to churches and various individuals.

In terms of historical background, there is much about the Roman empire culture and society that is relevant to the book of Philemon. As it deals with the interaction between a slave and his master in the context of conversion to Christianity, it illuminates a lot about the different levels of status within society that existed. Laurence talks through examples of how disobedient slaves were treated with severity in Roman society.

Introduction to Philemon and its structure

The book is very short but it has a clear purpose and structure. Laurence and Paul talk about how the apostle Paul opens with greetings and how we can determine that Philemon was a prominent and wealthy member of the church at Colossae. The letter then turns to explain the situation with Onesimus, the slave who had escaped from Philemon his master. In the heart of the letter, Paul introduces several reasons why Philemon should view him very differently when he returns, and treat him as a brother. The main “plot twist” (Laurence’s words) is that Onesimus has now converted to Christianity and been baptised. The letter concludes with Paul expressing confident anticipation that Philemon will do everything he asked him, and more; a keenly written ending to persuade the master to do nothing less than show the love of Christ to his former slave.

Laurence and Paul discuss the key theme within this letter which is how to deal with the runaway slave who has now been baptised. They look at how Paul’s instruction and guidance is revolutionary. The apostle Paul expects the Christian church at Colossae to receive Onesimus as a fellow brother, a member in the church of equal standing. This is exceptional in the context of Roman and Jewish social norms.

Laurence and Paul compare the practical issue described in Philemon with the more theoretical letter written to the Colossians, which was almost certainly delivered to the same church at the same time. The Christians at Colossea were asked to collapse all status hierarchies that are embedded in society and to accept all who believe in Christ as equals. The letter to Philemon, delivered at the same time, was a practical example and opportunity to show this new way of living and treating people fairly.

They talk about the criticism that is sometimes leveled against this book; why did Paul feel the need to ask Onesimus to return to a life of slavery? Why didn’t he advocate abolishing slavery as a whole? Whilst this seems at first glance to be the perfect opportunity to denounce the terrible practice of owning other humans, they dig deeper into how Paul is subverting the class distinctions in whatever society and context humans find themselves in. Philemon and Onesimus are counselled to treat each other as “brothers”, thus overriding everything that slavery usually stood for.

Philemon and the rest of the Bible

To conclude, Laurence and Paul discuss the interaction between this little New Testament book and the rest of the Bible, including the teaching about Christian relationships and how Christian correspondence should be based on love not authority.