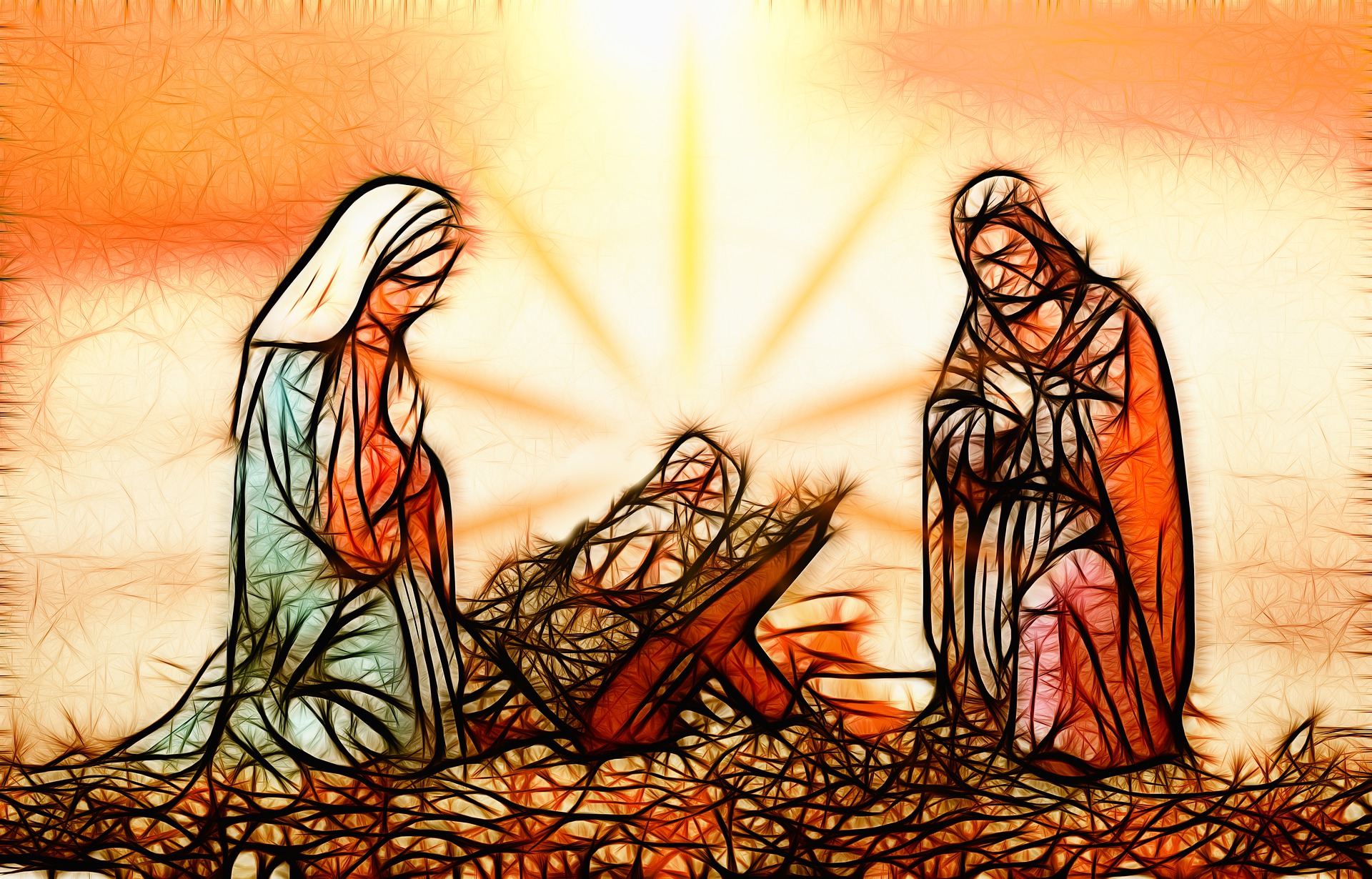 The birth of Jesus – A Christmas statistic that makes sense

American Christians are far from unanimous when it comes to understanding the significance of who Jesus is, a survey by Lifeway Research shows. Just 63% of regular church-going Christians in the USA believe that the Son of God existed before the birth of Jesus. This means that 37% of the Christians who turn up in America’s churches regularly on Sunday are either not sure or do not believe that Jesus pre-existed.

This has caused alarm in some quarters, alongside despair that so many seem to be unaware of orthodox beliefs or have even deliberately departed from them. Of course, if Jesus did not exist prior to Bethlehem, then this strikes right at the heart of the doctrine of the trinity. But instead of panic, is there something in this Christmas statistic that should give everyone pause for thought? Perhaps the figures reveal something important?

The two gospels that record the birth of Jesus do so without any hint of the Son of God entering the womb of Mary from a pre-existent state. It’s a miraculous birth, for sure, just like many of the Old Testament miracles like Sarah, Rebekah and Hannah who conceived in their state of barrenness. But the operation of God’s spirit on these women doesn’t mean that their sons were God himself. When we come to read about Jesus in Matthew and Luke, we don’t find any hints of an incarnation. The most intuitive reading is that Mary conceived by way of a miracle and the baby that was born was therefore a child of promise – in one sense, just like Isaac.

The rest of the New Testament describes Jesus very clearly as “a man” (Acts 2:22), who was “born of a woman” (Galatians 4:4), who “grew and became strong” (Luke 2:40), was “in every respect tempted as we are” (Hebrews 4:15), and who was “crucified and killed” (Acts 2:23). The most natural reading of the New Testament is that Jesus was a man who had the same human nature as us and shared our experiences of humanity. We do not regularly claim that humans pre-exist themselves, so it follows, intuitively, that Jesus also came into existence at his conception and birth. In order to be someone just like us, this is surely the implication.

Since 325AD, however, Orthodox Christianity has said otherwise – and this is exactly the point. You need the later creeds like the one formulated in Nicea, in addition to the Biblical text, to arrive at something that begins to look like trinitarian theology and the pre-existence of Christ. So instead of bemoaning the significant minority of regular church-goers that they do not understand Christian theology, perhaps it’s time to reconsider whether the 325AD theology is truly biblical? Perhaps the straightforward narrative of scripture, and its teaching about the man Jesus Christ, is what sincere church-goers pick up on with good reason, without even realising that no pre-existence means they are denying the historic creeds?

Jesus was no mere man, however. Let’s make it abundantly clear that to deny his deity and pre-existence does nothing to take away from his exalted position. He claimed some pretty remarkable things about himself. He said he was the Son of Man, which was a reference back to a vision in Daniel 7 of a human being exalted to reign alongside God. He acknowledged that this meant he was the Christ, which means he was the anointed Son of God and long anticipated king of Israel. We explored what these terms mean in a series of podcasts on Matthew, (check out this episode here), and they don’t convey anything about Jesus pre-existing. He never claimed to be “God the Son” or “God incarnate”. We never read that “God took on a human nature” or “God became a human”. Those terms and phrases are all absent from the scriptures. The titles that Jesus actually used about himself are rooted in the expectations of a human Messiah and saviour, who would act as God’s saving arm to redeem and rescue his people like the judges and prophets and kings of old. That’s really good news and Jesus is to be honoured highly! But it’s not the same story that comes from later orthodoxy. It’s the intuitive reading of the New Testament, but you need to add on the later creeds if you want to also identify Jesus as “very God of very God” or “consubstantial with the Father” (as in the Nicene Creed).

Believing the same about the birth of Christ

This recent statistic was just one snapshot, so perhaps it’s misleading or simply inaccurate? That may be so, but there is more to this than one Lifeway Research poll.

Some Christian churches have for decades existed as non-trinitarian. For example, the Christadelphian churches of the Bible Feed contributors operate in a worldwide network of non-trinitarian fellowship that spans the globe, and has done for over 150 years. More recently, there has been the emergence of the Unitarian Christian Alliance as a kind of umbrella organisation to try and help connect lonely unitarians, (those who do not believe Jesus is God). It was founded on the premise that these unitarians existed yet were unconnected from each other and hidden in plain sight. Perhaps this recent statistic goes some way of confirming that their hunch was right.

If you’re reading this as one of those who do not believe that Jesus existed before he was born, we think you’ve got good reason! If you’re one of those who thought they were alone, rejoice! And feel free to reach out to see if there is anything we can do to help you find others who share your perspective. For more information about the Christadelphians take a look at:

If you’re reading this as one of those despairing at how so many can jettison orthodox dogma, then maybe it would be worth spending some time exploring the reasons in more detail. We’ve explored this question in several podcasts and resources:

The birth of Jesus is undoubtedly a landmark event in human history which changed the course of history. God proved that he is working in the lives of humanity to bring about his purpose by raising up his Son, who gave himself to show God’s love for the world. We can celebrate the birth of Jesus as exactly that – the beginning of the Son of God, the saviour God has appointed for humanity.