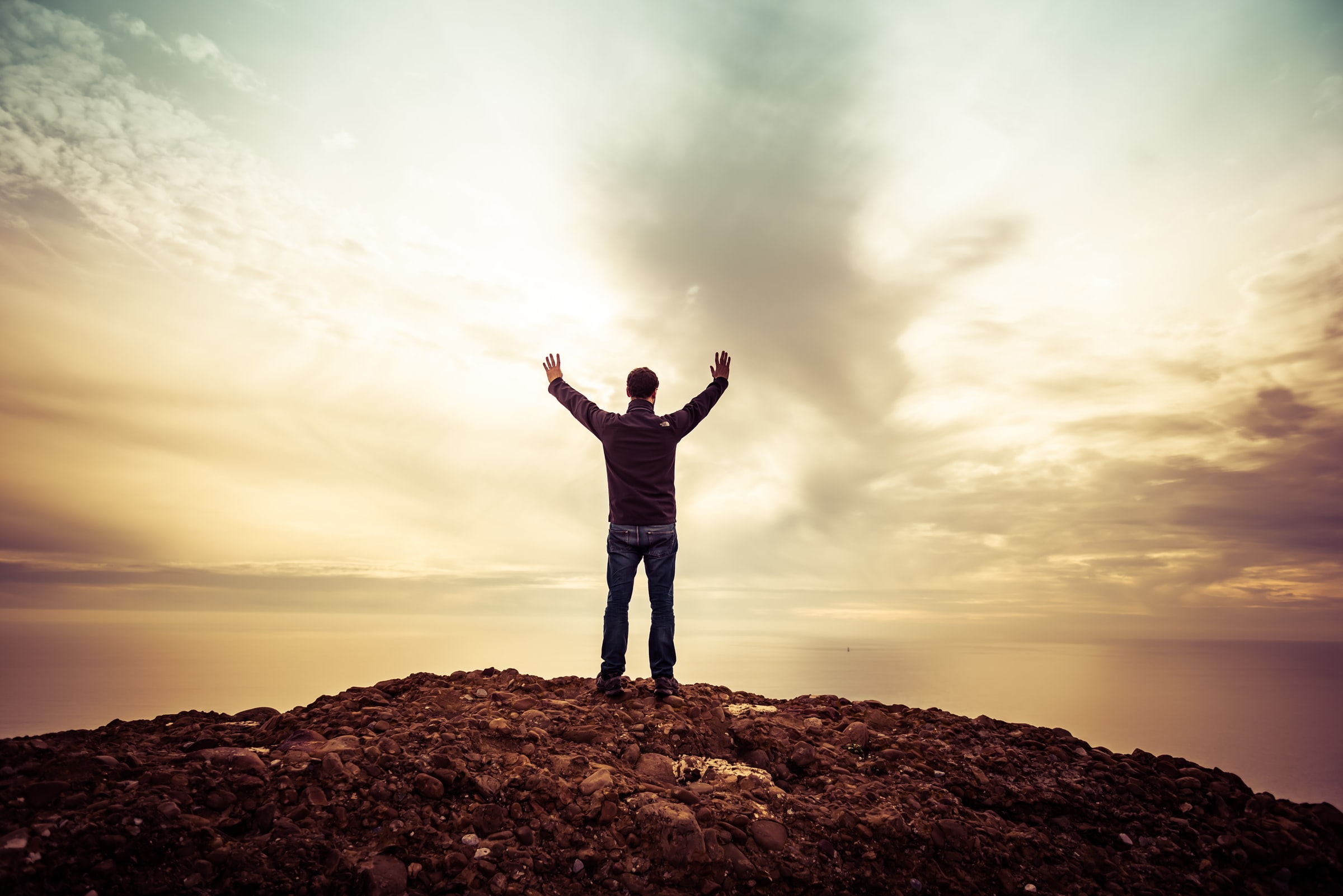 “Let us make man in our image” – Evidence for the Trinity?

The nature of God has been a topic of conversation for millennia. The doctrine of the trinity, that God is three persons in one essence, was something that emerged in its credal form in the late 4th century. However, even though the exact language is not in the Bible, many claim that the ideas of the trinity are found in both the Old and New Testaments. One passage that is sometimes offered as evidence along these lines is right at the beginning of the Bible:

And God said, Let us make man in our image and in our likeness.

Who is God addressing? What does God mean by referring to “our” image and likeness? Why the plural? These are important questions that need answering. Because of the plural in this verse, I’ve seen it used regularly as evidence that the Bible teaches divine plurality, and therefore by extension, evidence that God is indeed triune.

“Let us make man in our image” – an unambiguous Trinitarian verse?

We have spent several podcast episodes discussing the doctrine of the trinity in relation to various New Testament texts, (start with episode 17 if you’re keen to explore those resources and read to the end for more links), but this blog isn’t actually about whether the trinity is biblical or not. Instead, I want to ask a very simple question about Genesis 1:26. Does the plural in this verse require a Trinitarian reading of the text? In other words, were the authors or editors of Genesis deliberately alluding to the triune nature of God by using “let us” instead of “let me”? Would someone who knew nothing about the trinitarian traditions of Christianity come away from reading Genesis 1:26 with the understanding that God is three persons in one essence?

It seems clear to me that you cannot arrive at a specifically trinitarian conclusion reading only this text. That’s because it’s extremely vague and ambiguous and there are no explanations for “us” given in the chapter. There is certainly no hint that the “us” represents a dialogue between three persons within the same God. Logically the “us” could refer to any number greater than one and it makes no claim that this is an inward conversation within a divine essence or Godhead.

So what could the verse mean? Is it possible that it provides a hint of the triune nature of God, even if it doesn’t explicitly reveal it?

No shortage of relevant literature

There have been several options proposed over the many years of Jewish and Christian interpretation. Gordon Wenham summarises these in his Genesis commentary;

With reference to option 2 specifically, Wenham is categoric.

Christians have traditionally seen this verse as adumbrating the Trinity. It is now universally admitted that this was not what the plural meant to the original author.

He instead suggests that the best options are (a) and (e), favouring the interpretation that God is addressing his angels.  One objection to that view is that God himself is always shown to be the sole creator of the heavens and earth, and it is definitely clear from elsewhere that he did not delegate the work to angels to perform on his behalf. However, the plural of Genesis 1:26 does not at all imply that the heavenly beings God addresses actually participated in the creating work.  In fact verse 27 strongly suggests they didn’t, when it recounts, without plurality, that “God created man in his own image”.  As Wenham goes on to say;

“Let us create man” should therefore be regarded as a divine announcement to the heavenly court, drawing the angelic host’s attention to the master stroke of creation, man. As Job 38:4, 7 puts it: “When I laid the foundation of the earth … all the sons of God shouted for joy” (cf. Luke 2:13–14).

If the writer of Genesis saw in the plural only an allusion to the angels, this is not to exclude interpretation (b) entirely as the sensus plenior of the passage. Certainly the NT sees Christ as active in creation with the Father, and this provided the foundation for the early Church to develop a trinitarian interpretation. But such insights were certainly beyond the horizon of the editor of Genesis.

In fact, the vast majority of commentators arrive at similar conclusions as Wenham as the following quotes demonstrate.

When you know that God is Father, Son, and Holy Spirit, you might wonder whether the “Let us make” is spoken by the persons of the Trinity, but this was not what Genesis meant. Its authors did not know about the Trinity, and neither did its audience. If the audience asked themselves what God meant by the “us,” they perhaps assumed it was appropriate for God to speak in a kind of majestic plural, as a monarch may say, “We have decided” and mean “I have decided.” But the main point about the expression is to mark the special significance of this final climactic act of creation.

While some early Christians took this as a reference to the Trinity, the concept of one God in three persons is only implicit here at best, and is revealed with fuller clarity only in the New Testament.

Many believe that God is addressing the divine council of heavenly beings, i.e. angels. The following commentaries demonstrate this view, which is also expressed in the NET Bible and Faithlife Study Bible notes.

God’s creation of humans emerges as the crowning event of his creative activity. He begins by addressing the angels in his heavenly court, “Let us make man in our image,” implying humans’ likeness to these supernatural beings as well as to God. Then, in addition to creating both male and female “in his own image,” he blesses them and charges them to rule over the rest of creation.

God includes himself among the heavenly beings and thereby conceals himself in this multiplicity. That, in our opinion, is the only possible explanation for this striking stylistic form. Proof for the correctness of this interpretation appears in Gen. 3:22, where the plural again occurs just as abruptly and yet obviously for the same reason.

The plural form of the verb has been the subject of much discussion through the years, and not surprisingly several suggestions have been put forward. Many Christian theologians interpret it as an early hint of plurality within the Godhead, but this view imposes later trinitarian concepts on the ancient text. Some have suggested the plural verb indicates majesty, but the plural of majesty is not used with verbs. C. Westermann (Genesis, 1:145) argues for a plural of “deliberation” here, but his proposed examples of this use (2 Sam 24:14; Isa 6:8) do not actually support his theory. In 2 Sam 24:14 David uses the plural as representative of all Israel, and in Isa 6:8 the LORD speaks on behalf of his heavenly court. In its ancient Israelite context the plural is most naturally understood as referring to God and his heavenly court (see 1 Kgs 22:19–22; Job 1:6–12; 2:1–6; Isa 6:1–8). (The most well-known members of this court are God’s messengers, or angels. In Gen 3:5 the serpent may refer to this group as “gods/divine beings.” See the note on the word “evil” in 3:5.) If this is the case, God invites the heavenly court to participate in the creation of humankind (perhaps in the role of offering praise, see Job 38:7), but he himself is the one who does the actual creative work (v. 27). Of course, this view does assume that the members of the heavenly court possess the divine “image” in some way. Since the image is closely associated with rulership, perhaps they share the divine image in that they, together with God and under his royal authority, are the executive authority over the world.

The occurrence of “us” in this passage has been understood to refer to the plurality of the godhead: the Father, Son, and Holy Spirit. This understanding would have been unknown to the authors of the OT. Another possible explanation is the so-called “plural of majesty,” but this type of grammatical usage is more common for nouns and adjectives than verbs. A simpler explanation is that “us” reflects an announcement by the single God of Israel to a group in His presence—the heavenly host. Other OT passages support the idea of a heavenly host or divine council (Psa 29:1; see Psa 82:1 and note). This explanation also applies to Gen 11:7. The phrase “our image” then means that the members of the heavenly host also reflect the divine image.

Of course, some interpreters hang on to some form of trinitarian reading. However, as the following example quote shows, there is little justification given and the suggestion that “Let us make man in our image” teaches a triune God is only cautiously advanced.

Humanity’s creation is preceded by the phrase let us make man (v. 26). While we should hesitate to read this as a clear-cut trinitarian statement, a matter about which the Old Testament is essentially silent, neither should we interpret it mythologically (“God said to the other gods”) or angelically (“God said to the angels”). It does suggest that there is a distinction of personalities in the Divine Being. God, so to speak, can step outside of himself and speak to himself. May it be that God is addressing his Spirit (1:2)?

What does “Let us make man in our image” mean?

In conclusion, I think we can answer the question we set out to explore with a degree of certainty. Does “Let us make man in our image” imply a triune God? Does it teach the trinity? Would a neutral reader of the text learn from it that God is three persons in one essence?

The answer, of course, is no.  Whilst Genesis 1:26 may be compatible with a trinitarian understanding of God, it is by no means teaching it and there are in fact much better explanations that fit the context and the rest of the Old Testament scriptures in a much more satisfying way.

This doesn’t of course demonstrate that the doctrine of the trinity is incorrect in and of itself. That’s a much wider question that needs a lot more discussion and investigation looking at many other passages. We’ve looked at some aspects of the nature of God in a bit more detail in several podcasts and blogs listed below.

But one thing is sure. This verse shouldn’t be used as evidence for a triune God because it’s not making that claim.  The conversation about whether the trinity is true or not needs to be carried out without invoking Genesis 1:26.