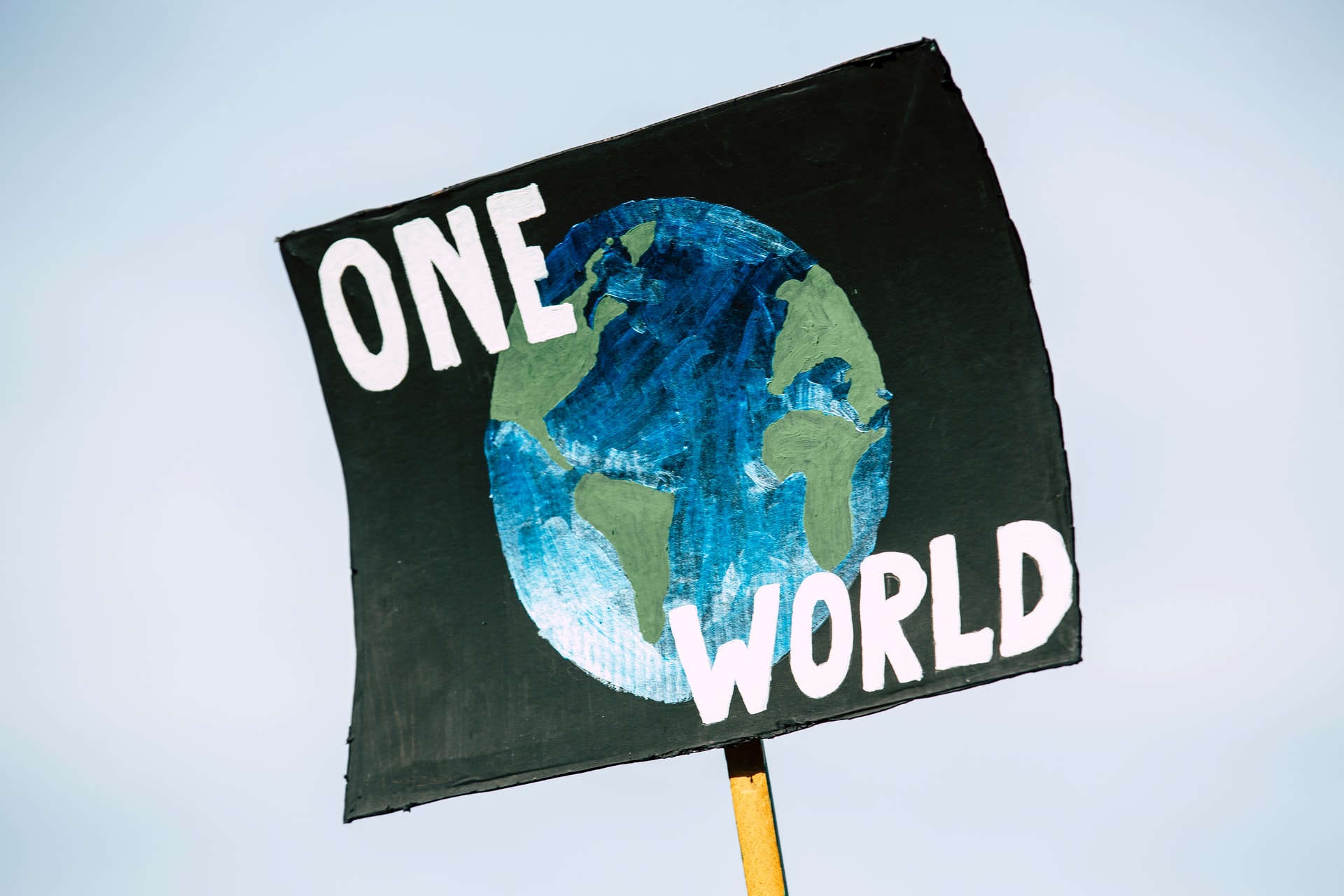 Will the Earth be destroyed?

We are regularly reminded that the earth is in a dangerous state. The impact of waste, pollution, climate change and unsustainable living threaten to transform this planet. What are we to do? What should a Christian do about climate change? And does the Bible provide any kind of guidance on this issue? Will the earth be destroyed or will it survive?

One common Christian response to all these questions goes something like this. This world is not our home and it will ultimately be destroyed. If the planet is to be burned up and the faithful are to be snatched away to heaven, rescued out of the blazing destruction, then why does climate change matter? Why should we be concerned about humanity trashing this world when God is going to save the church in the rapture?

You can see how quickly this answer becomes political and controversial. If Christianity really is about leaving behind this earth to go to heaven, either when we die or in the rapture at Christ’s second coming, there would be little point in trying to find renewable energy sources or to live more sustainably. From this grows a sense of skepticism towards attempts to mitigate the effects of global warming, or even towards the existence of climate change itself. Now, to be clear, this blog doesn’t intend to discuss climate change or the practical steps that people can take to create a more sustainable world. Instead, it challenges the underlying assumption that the Bible teaches the destruction of this planet. The topic is obviously much wider than this, so we’ve linked to related resources at the end about the Bible’s perspective on the future of the earth and reasons why the rapture is not even a biblical concept.

Does the Bible say that the earth will be destroyed?

But the day of the Lord will come as a thief in the night, in which the heavens will pass away with a great noise, and the elements will melt with fervent heat; both the earth and the works that are in it will be burned up.

This is the most explicit place where the Bible seems to straightforwardly teach the destruction of the planet. However, although it seems simple, there are a couple of things we ought to reflect on before drawing hasty conclusions. Firstly we should pause to acknowledge the context and check what the original writer was actually trying to communicate. Without doing that, we may misunderstand the verse because of our own in-built assumptions. Secondly, we should be aware of textual variation in this verse that impacts the meaning – more on that later.

What will be destroyed?

If we first examine the context, we find some clues as to how this passage should be understood. The writer invokes the Old Testament story of Noah when it says that “the world that then existed was deluged with water and perished” (2 Peter 3:6). Anyone reading through Genesis would know that the earth was not physically destroyed in this story. What perished was the life and violent human civilisation on the earth. Peter continues to draw a parallel between the flood and a future time of judgement when he says “by the same word the heavens and earth that now exist are stored up for fire, being kept until the day of judgement and destruction of the ungodly”. (2 Peter 3:7).

So when the writer claims that the earth is to be destroyed, in context this means that corrupt human society will perish in fire, just as it did in the deluge of water. We might automatically think ‘planet’ when reading this passage, and conclude that Planet Earth itself is destined for incineration, but that’s clearly not what Peter meant at all. Looking elsewhere in the Bible, the destruction of the earth or land is regularly used in parts of the Bible as a metaphor for judgement on people, governments and human society, (for example, Isaiah 24:1-6 and Jeremiah 4:23-28), so it’s not an unusual figure of speech adopted by Peter. And similarly, fire is repeatedly invoked as a symbol of judgement itself; something that purifies or destroys, (such as in Joel 2:1-3, Malachi 4:1 and 1 Corinthians 3:13).

So, would Peter and his original audience have thought that the world is to be destroyed? Based on carefully reading the context of this chapter, it seems highly improbable. And this makes sense in light of the consistent refrain throughout the rest of the Bible that describes the earth, not heaven, as the place of destiny and reward for humanity. This is not least expressed in the prayer that Jesus gave to his disciples to help teach them to pray;

Your kingdom come, your will be done, on earth as it is in heaven.

God is interested in bringing his compassionate sovereignty to earth, not blasting it into oblivion. 2 Peter 3:10 claims that God will judge wickedness and remove it from the world, dismantling human society that perpetuates evil. It does not teach that the earth will be destroyed.

We quoted this verse from the NKJV earlier, but here it is in the English Standard Version (ESV):

But the day of the Lord will come like a thief, and then the heavens will pass away with a roar, and the heavenly bodies will be burned up and dissolved, and the earth and the works that are done on it will be exposed.

You may notice a difference in the final phrase between this and the NKJV. In one version the earth is “burned up” whereas the ESV states that the earth will be “exposed”. Without getting into the technical details of manuscript evidence, these translations represent two possible readings from the copies of the letter that have been discovered. Textual critics sift through differences like this and make a decision as to which wording is more likely to be the original. (You can discover more about this process in our two part podcast series on the reliability of the New Testament – check out the links at the end of this blog post).

In this case, the more recent studies have concluded that “exposed” is most likely the original word used, which means that Peter never wrote that the earth would be “burned up” in the first place. Instead, the sense of the passage is about the evil works on the earth being suddenly laid bare before God. In the metaphor, (and yes, remember this is only a metaphor and not literal imagery), the sun, moon and sky itself are peeled back and dissolved to reveal the evil deeds of human society to God who is looking down from above. Of course, God can always see what humanity is doing, so this is imagery to help us, not God, appreciate this very fact. And that’s exactly what Peter continues to say, by drawing the conclusion that we need to be very careful how we live and act now.

Since all these things are thus to be dissolved, what sort of people ought you to be in lives of holiness and godliness!

The point of this passage is this; God has judged evil in the world previously by dismantling society to eradicate wickedness and he is going to do it again. If human society and systems that perpetuate this wickedness are going to be exposed and judged, we ought to carefully consider our conduct and live lives that reflect that fact now.

And this leads us on nicely to consider what this conclusion means for Christian conduct in the face of global warming and the environmental crisis. We started by outlining the underlying assumption that God is out to rescue his faithful from a doomed planet and how that often leads to a laissez-faire attitude towards climate change. However, the very passage that is used to support the destruction of the world is actually teaching the opposite and is calling on Christians to show responsible conduct.

Of course, it is about far more than environmental concerns. It’s about holiness and godliness and love of neighbour in many ways. But attempting to care for creation to mitigate the effects of extreme flooding and extreme drought on large sections of human society is indeed showing responsibility and love of neighbour. Choosing to reduce an excessive carbon footprint by reducing luxuries in our lives is exercising self-control for the good of others. Caring for creation expresses conviction that we are serious about God’s will being done on earth, because this world is indeed our home.

When Peter continues to describe the promise of “new heavens and a new earth in which righteousness dwells”, (2 Peter 3:13), he isn’t talking about a brand new planet. He’s describing a new system and society that is governed by righteousness, not wickedness. The previous ‘world’ of violence was destroyed in water. The current ‘world’ of wickedness will be judged in fire. Each time, it is human rebellion that is destroyed. And when human rebellion is finally eradicated, righteousness will permeate the flourishing human society that will “inherit the earth” (Psalm 37:8-11, Matthew 5:5).

So, no, the Bible does not teach that the Earth will be destroyed. The Bible teaches care and responsibility for this world, in anticipation of a future age that is full of righteousness and care for creation.

We have discussed problems with believing in ‘going to heaven when you die’ in podcast episode 33 “Where is heaven?” and episode 23 “Soul”.

This write up by Christadelphians in Scotland gives a fair reflection on the environmental crisis and the Christian.

Whilst Christadelphians and other similar denominations have always taught that believers will be given eternal life on the earth, this shift in emphasis away from ‘going to heaven’ can be tracked in many parts of wider Christianity over the last few decades. NT Wright is one such vocal proponent – he drew the connection between environmental concerns and the theology of end times and judgement in Surprised by Hope, as this short extract demonstrates:

The American obsession—I don’t think that’s too strong a word—with the second coming of Jesus, or rather with one particular and, as we shall see, highly distorted interpretation of it, continues unabated. I first met it in person when I was giving some lectures in Thunder Bay, Ontario, in the early 1980s. I was talking about Jesus in his historical context; and to my surprise almost all the questions afterwards were about ecology—about trees and water and crops, which is after all what there mostly is at Thunder Bay. It turned out (as I indicated in the previous chapter) that many conservative Christians in the area, and more importantly just to the south in the United States, had been urging that since we were living in the ‘end times’, with the world about to come to an end, there was no point worrying about trying to stop polluting the planet with acid rain and the like. Indeed, wasn’t it ‘unspiritual’, and even a sign of a lack of faith, to think about such things? If God was intending to bring the whole world to a shuddering halt, what was the problem? If Armageddon was just around the corner, it didn’t matter—and here, I suspect, is part of the real agenda—if General Motors went on pumping out poisonous gases into the Canadian atmosphere. We face similar questions today. So-called end-time speculation, which is the daily bread of many in the American ‘religious right’, is not unconnected to the agenda of some of America’s leading politicians. More of that anon. For many millions of believing Christians in today’s world, the second coming is part of a scenario in which the present world is doomed to destruction while the chosen few are snatched up to heaven.